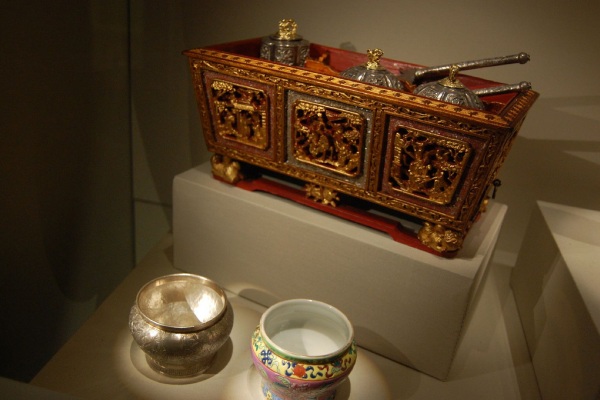 Sireh was a popular form of entertainment originally used by by the Malays as a form of past time. Sireh then became part and parcel of Peranakan culture when intermarriages between the Chinese and Malays increased and it soon became incorporated into the Peranakan way of life.

Peranakan households always had one or two tempat sireh sets at home. The sets will be intricately carved and made of either silver gilt, silver or was even gold plated. Such sireh sets would be used to store the sireh leaves, tobacco and chalk needed to complement this past time.